This blog is usually about my travel experiences. Since COVID-19 has put a pause to travel, today I will take you down my memory lane of musical muse.

I knew who Balu was. I grew up listening to his songs but at that time my connect with music was more towards new movie song or a hit chat buster. It was never oriented from a singer’s perspective.

But this live performance was at a different level. On stage, he was melody brahma. The focus he had while performing was amazing. The sound of sea and sea of music, this amalgamation made the evening memorable.

After this Live performance, the songs were no longer same. Those songs took me into a different world.

I realized that it was not the music nor the lyrics but it was the voice of Balu that highlighted the emotions and made those songs come to life. From then I became so devoted to Balu that I used to download songs he sang irrespective of actors in it.

===============================
Here is one song from Rudraveena which always inspires me and helps me be on the ground. The great epics which teach simplicity of life is bought to common man in beautiful lyrics with exemplar singing from Balu

The kind of voice transformation between charanam and pallavi is possible only with one and only Balu.

===============================
The power in Balu’s voice cannot be matched by any of the present singers. This song is where protagonist is struggling to break shackles of society and finds no one but music to convey his feelings. Each one of us can feel that force to break.

Anyone listening to this song, even if they are in successful relationship, they will feel that their partner has left and will be in deep sorrow.

Here is one song that echos the relief our freedom fighters got after Indian independence.

Similarly, here is song which talks about how we are throwing away their hardwork in the name of caste, religion, language and pulling India back.

That pain can only be delivered by Balu. I am sure you will have goosebumps listening to this.

It was in his interview when I heard he never learned music, I realized he is called “Gana Gandarva” for a reason.

His destiny was to become a soulful singer who can match body language of any hero on screen irrespective of language, generation and situation of music.

Not just music, he was into dubbing and acting. If it was not for Balu, I would have never enjoyed:

There were lot of talks that Balu sings all songs and he does not give chance to anyone. But if you follow him closely, you will realize that he was best singer and anyone who wanted him, he sang for them. Best is always wanted.

Balu sir, wish you were around singing more. But we cannot fight fate. As you are on your eternal journey, you will always Live on ………

We are blessed to be born and grow in your time.

REST IN PEACE MY SOULFUL SINGER !! 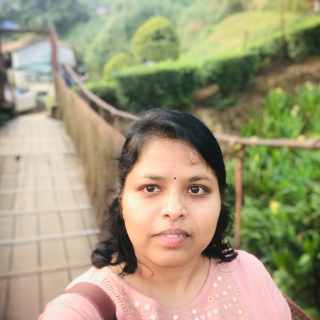 Hey, I am Padma, a life enthusiast & amateur travel blogger. I like the way life unfolds and the way it helps our personality to evolve and bloom. I believe strongly that life is short and we need to hold most of the joyous moments close to our heart. Travel is a way to see the world and collect those memories.